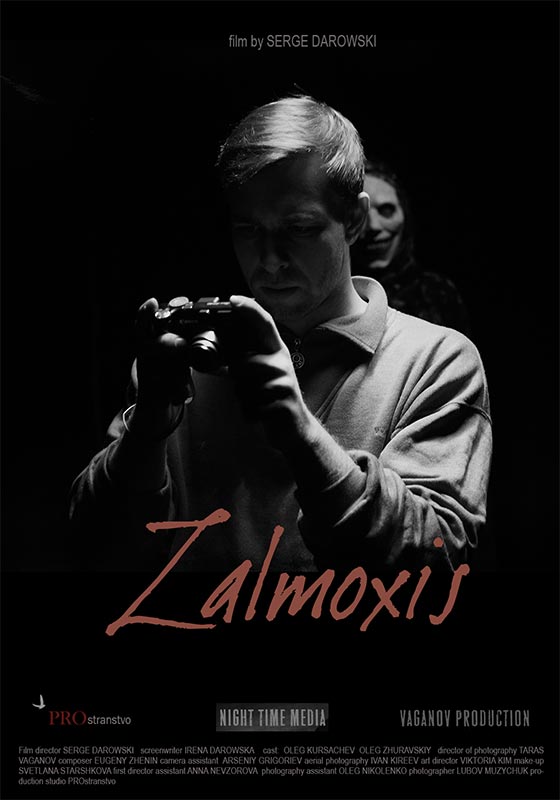 A young photographer Igor Silnitsky is returning home after work. On the way, he is talking to his sister over the phone. He tells her about the strange photographs he was developing and printing for his client. It seems to him that an image of a ghostly Shadow was captured in those photographs. As soon as Igor enters his apartment and the front door closes behind him, the lights go out and his phone stops working. Trying to illuminate the room using his camera, in bright flashes of light Igor sees not his apartment, but a wild forest, where in between the branches he notices a white-eyed Shadow. With every new flash of light, the Shadow is getting closer, until it reaches Igor, who is paralyzed with fear. The shadow of the ancient god Zalmoxis is the last thing Igor sees in his life.